If you opened this article hoping for some dating advice on the do’s and dont’s of “going Dutch,” I’m afraid we’re staying well clear of that logistical minefield!

As you probably guessed, we’re actually talking about Dutch cycling. When it comes to bikes and cycling, the Netherlands are the Oxford and Cambridge of Europe!

Anyone who has visited Holland will know just how popular bikes are over there—cycling is literally a way of life. It’s no wonder that so many people look to Holland when it comes to matters of the two-wheeled variety. One of the latest organisations to do just this is Bristol City Council.

This week the Council of Bristol announced plans to “get first ‘Dutch-style’ segregated cycle lanes .” 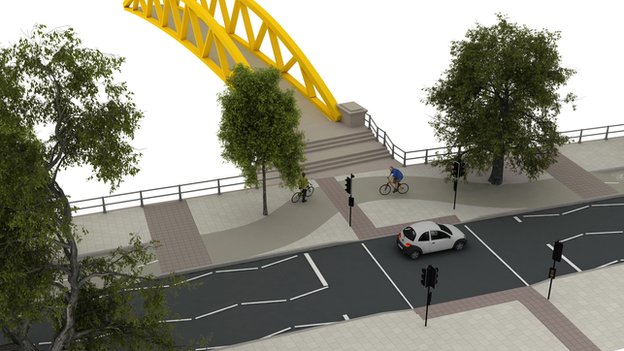 Mayor of Bristol, George Ferguson, says the 700m two way cycle lane is based on existing schemes in Netherlands and Denmark.

“This scheme is exactly what we are going to see more of in Bristol as cycling and walking routes are improved,” – George Ferguson, Mayor of Bristol

The new cycle lane is due to open this summer and will run along the River Avon at Clarence Road, Bedminster.

While we’re looking at the Dutch cycling trends, you might be interested to know that 1 in 5 bikes sold in Holland during 2013 were ebikes. Last week, Hollandtrade.com reported that nearly 200,000 electric bikes were sold last year. It looks like the #eBikeRevolution has come to the Netherlands too!

You don’t have to go Dutch to afford a VOLT™ electric bike. You can get any of our electric bike range on 0% finance!