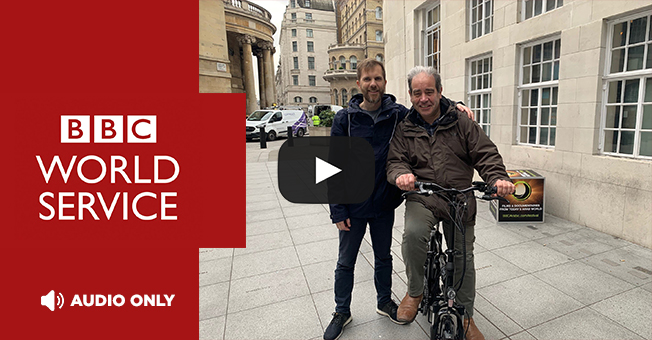 With ebikes in the UK becoming more popular than ever, it was perfect timing to discuss the law and regulations surrounding them.

Green forms of transport like electric bikes are continuing to increase in popularity across the UK. The government is introducing schemes to encourage wider use, and is discussing current legislation, and whether it is aligned to meet the needs of the modern rider.

“They’re talking about introducing faster e-bikes. With that in mind, the current legal max speed is 15.5 mph. People may not think that sounds fast – but it is, especially riding around a city like London. Our priority is safety first. Cycling isn’t safe if you’re hurtling around at 30mph. From a safety perspective, they’re already fine.”

After moving on from the topic, our director went on to describe the benefits of an electric bike.

“People choose these because they assist them in many different ways such as riding in hilly areas. Ebikes get used often seven times more than normal bikes. You get more exercise than a conventional cycle because people ride further and more often. One of the major things is mental health improvement, the ability to just get out and ride, especially if you’re stuck behind a desk all day. On the tube, you’re crushed in and it doesn’t promote that positive well-being while these do.”

Hearing then proceeded to take one of our e-bikes for a test drive and saw for himself that they’re great.