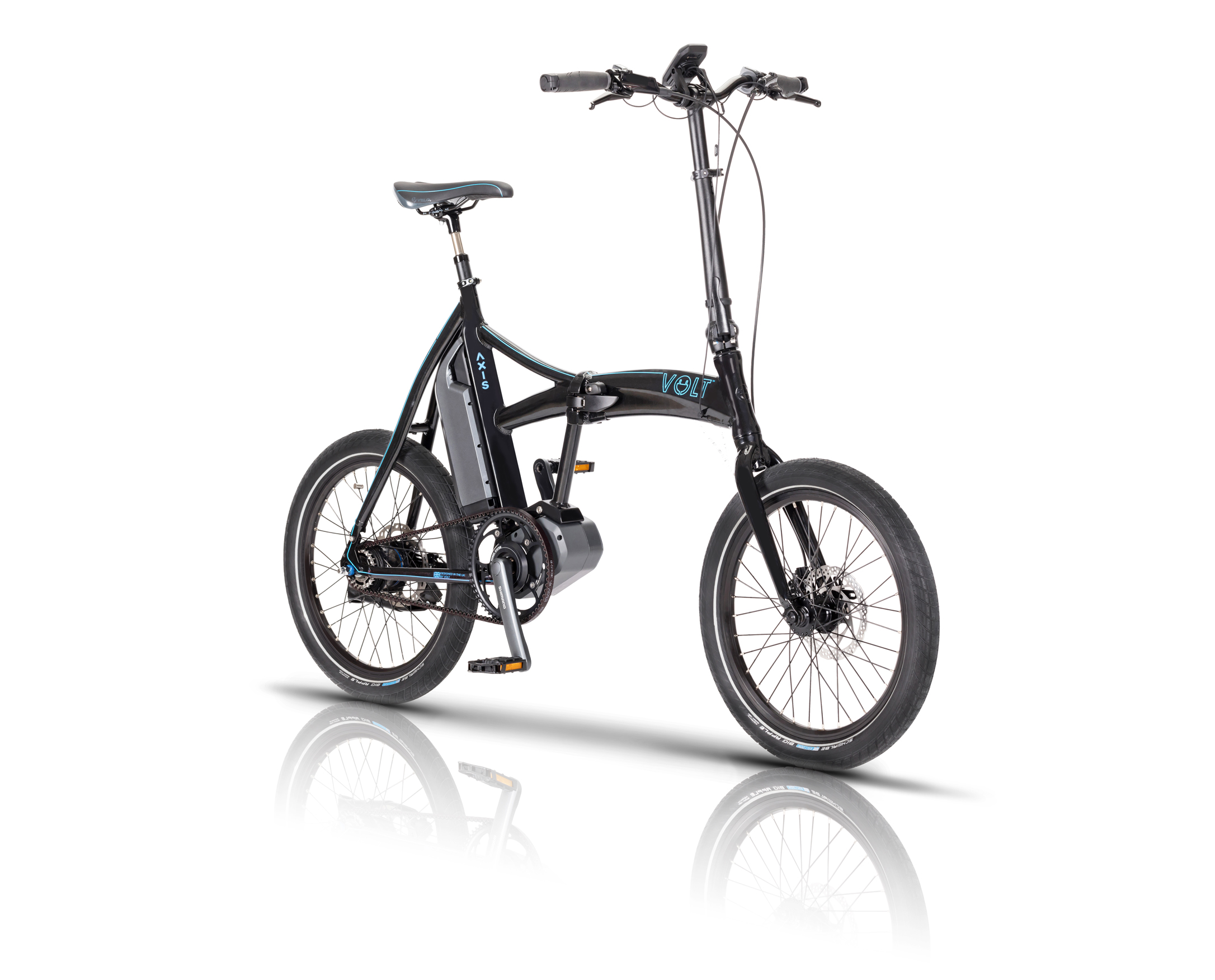 The AXIS, when it is released in summer 2017, will be the first of its kind. This folding e-bike sports a Shimano STEPS 250W motor and DI2 8-speed gear hub combined with a Gates CDX Carbon Belt Drive system. It will be the first to integrate all of these technologies into one foldable e-bike, placing it among the most advanced assisted commuter rides out there. The result is one of the smoothest e-bike rides on the market that can be easily stored out of the way or lifted into a bus, train or car with a weight of around 18kg.

The Gates CDX carbon belt drive system is constructed of stretch-free carbon-fibre tensile cords covered by a weather-proofing polyurethane shell. It is remarkably smooth and silent, in addition to being much lighter than a traditional bike chain. Also, because it requires no lubricant, it is infinitely easier to keep clean and practically maintenance-free. Combining this with the smoothest acceleration available for an e-bike (Shimano STEPS) results in the feeling of being wafted along by clouds!

The 8-speed DI2 gear hub comes pre-loaded with fully-automatic gear shifting, removing the need to do anything but pedal, steer and enjoy.

On top of all the e-bike tech, the AXIS comes with a set of chunky 20×2.1″ Schwalbe Big Apple tyres to withstand the knocks of daily use on the streets. Both the front and rear wheels are fitted with Shimano Alfine hydraulic disc-brakes to provide braking power you can rely on. For convenience, when folded the bike will lock neatly together thanks to a system of strategically placed magnetic contacts.

The best commuter e-bike money can buy?…watch this space.

Volt E-bike gets Pulses Racing in the Manchester Evening News

Enter your email address to subscribe to our news and receive notifications of new posts by email.