A Battle of Wheels

BLOG   commuting   A Battle of Wheels

It’s an age old issue and is something that has probably been causing tension since the invention of… well, since the invention of the wheel! Just take a turn round any corner in London and you’re likely to find a pedestrian, cyclist and/or driver arguing with each other over who has right of way.

People living and working in congested cities will notice this conflict between sharers of the road on a daily basis. Whether it’s a shouting match in the street or a barrage of rants on a Facebook, Twitter or blog feed, it’s clear that there is passionate dialogue and points of view coming from both sides. Just take a look at this Twitter feed for #bloodycyclists and you should get an indication of the daily battles being played out on our streets…

In 2013, we saw two road incidents between cyclists and drivers that seemed to take the debate to a whole new level, as the stories made the headlines all over the UK. The first story was of Emma Way, who was not only arrested, but also received a barrage of abuse and condemnation from around the globe after tweeting:

“Definitely knocked a cyclist off his bike earlier – I have right of way he doesn’t even pay road tax!
#bloodycylists”

This tweet resulted in a prosecution and a conviction for failing to stop after a collision and failing to report an accident.

Just months after this event we saw a twitter “storm” as Daisy Abela posted a series of tweets, these are just two of them:

“I was definitely still drunk! If there’s anything I hate in this world it’s f****** cyclists”

“I didn’t kill the poor f*****. I knocked him off his bike but still managed to continue my journey with 1 wing mirror lol”

Abela later claimed that she wasn’t drunk and that she had exaggerated the story. She also said

“The cyclist caught up with me. He began hammering on my roof. And spitting at me as he shouted through my window “what’s your f****** problem with cyclists?”

The matter appears to have been resolved without any police charges despite the media frenzy surrounding the story.

But it’s not just individuals on social networks that antagonise and inflame tensions between cyclists and drivers. Visit Ride-Smart.org and you’ll find just a single page that displays an apology. This was the result of a cyclist backlash after outrage at advertising agency Karmarama’s “Ride Smart – Don’t Die Stupid” campaign which included offensive and insensitive limericks aimed at cyclists. The complete failure of the campaign was aided by Karmarama’s claim that “a percentage of cycling deaths were caused by cyclists ‘riding like t***s'”. 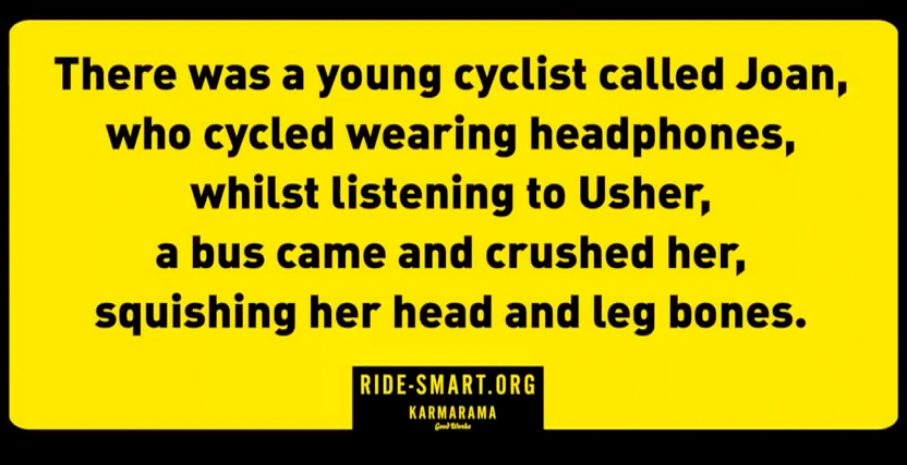 TFL also came under the wrath of cyclists when they introduced van stickers instructing cyclists to “Stay back”. TFL have subsequently started to remove these stickers and replace them. RoadCC have responded with an alternative sticker that says “Cyclists, Stay Awesome”

So where do electric bike riders stand (or cycle) in the battle of the roads?

Like all drivers, cyclists and pedestrians who share the roads, safety is our primary concern. Cyclists who feel safe on the road have no need (or desire) to get angry with other road users. Drivers who experience sensible and safe cycling and pedestrian use of the roads have no need to get upset either. It’s only when individuals start to apply their own interpretations of the highway code that things start to go wrong. Unfortunately, there seems to be a fair amount of such individuals: I doubt there is an adult in the UK who hasn’t seen a car or bike go through a red light or a pedestrian step out into the road without looking.

Despite this though, there is plenty to be optimistic about! Councils are finally starting to realise the importance of road safety with the introduction of wider, clearer and safer cycle lanes and more and more people are getting on their bikes. The more understanding there is between all road users, the safer our streets will become.

We believe that our e-bikes are one of the safest ways of getting around. This can sometimes sound strange to people who have never ridden an electric bike, but as soon as they get on one they realise why.

We often receive feedback from VOLT owners, particularly those in London, who specifically mention how much safer they feel on their e-bike. Our bikes feature both motorised pedal assist and a throttle option. In accordance with EU law the assisted motor speed will not exceed 15.5mph, this allows riders, if need be, to accelerate and maneuver quickly, at a speed that safe for the cyclist and other road users.

There are a number of other factors that make our e-bikes a great and safe option when tackling our busy roads, why not come and discover them for yourself and book a test ride at one of our approved UK VOLT dealers.