VOLT take a trip to Eurobike… 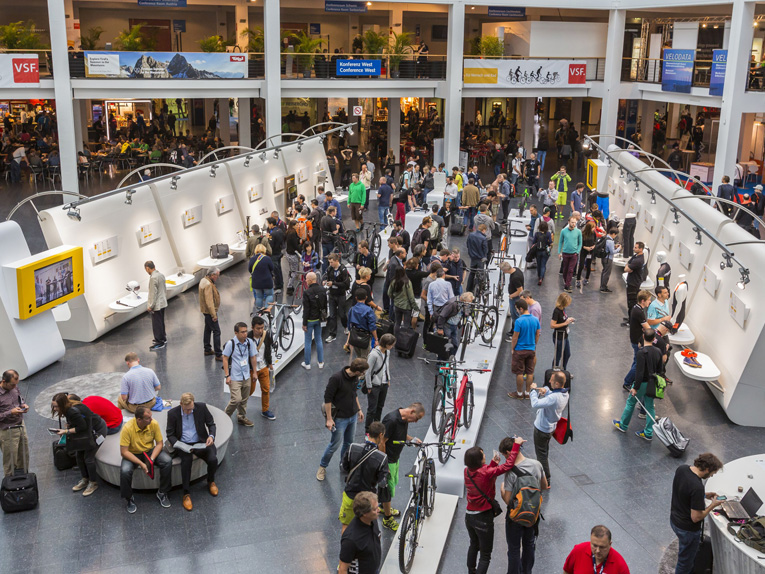 A few members of our team have just spent the week at the largest bike fair in Europe – Eurobike 2015. Held in Friedrichshafen, Germany this event not only caters for e-bikes, but also for conventional cycles and all things bike related! This event is huge and was a great opportunity to see what’s
happening in the world of cycling it was also lots of fun!

The location is amazing sitting on the German/Swiss border (right next to the Zeppelin museum where the first Zeppelin Airship was built), and very close to the incredibly beautiful Lake Constance.

Germany represents 42% of all Electric bicycle sales in Europe, and this was reflected in the unprecedented interest in e-bikes during the show. Even walking around the nearby towns you could see how the electric bike has exploded on the scene here – everyone seemed to have one!

Here’s a few random photos taken on the iPhone…