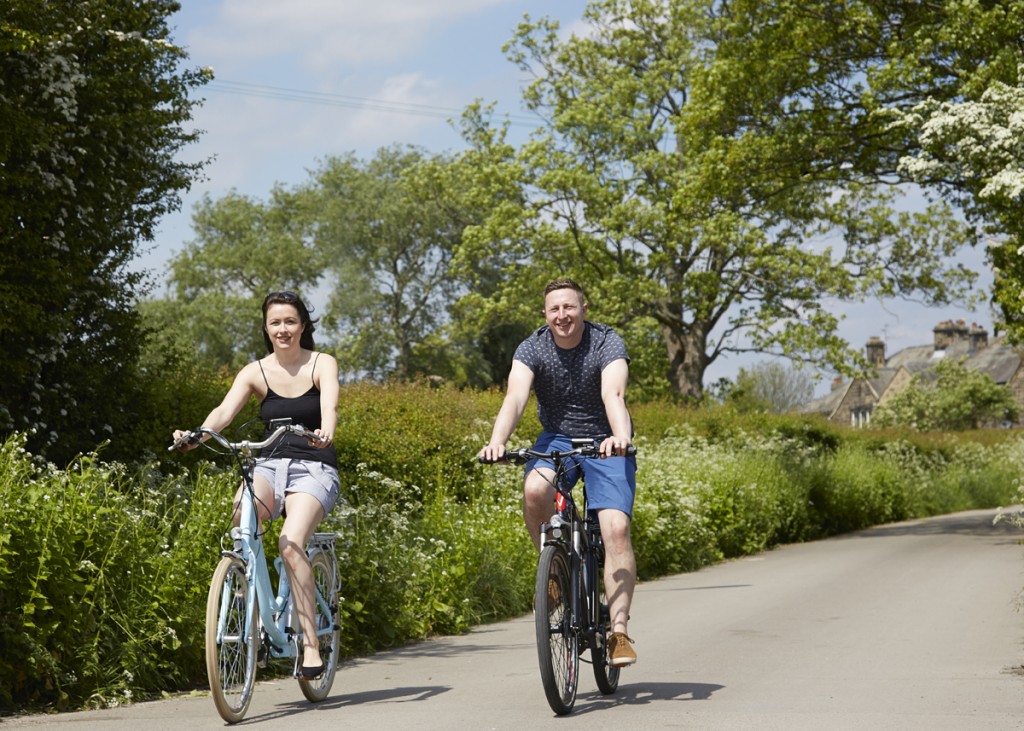 The motivation behind the article was the fact that VOLT™ Bikes is a “Buckinghamshire entrepreneurial success story, the family behind what is now one of the leading suppliers of ‘ebikes’ in Britain began with humble beginnings in the Chiltern Hills.
Brothers Lyle and James Metcalfe began the business from their garage near Amersham after first spotting the potential for e-bikes during a trip abroad in 2007. Vowing to research, build and supply a range of bikes that “didn’t look too electric”, they sourced the parts they needed from across the globe to come up with the range now offered today, which covers everything from the fold-up Brompton type cycle to full on chunky mountain bikes.”                                       –Bucks Free Press 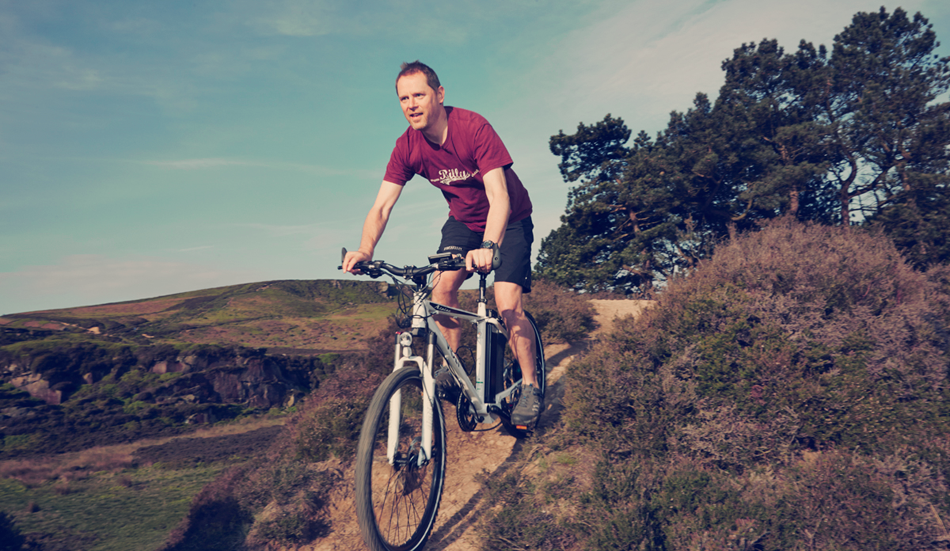 Director of VOLT™ Bikes Lyle Metcalfe met with Peter Grant to give him some insight and information regarding the bike he would be testing. What exactly is an e-bike? The growing appetite for motor assisted
pedal cycles across the globe would suggest that they are the future.

“For anyone who’s never tried an e-bike, it’s not the alien craft you might be expecting. All the usual components are there – pedals, handlebars, gears, two wheels and a saddle. Except, In the case of my popular hybrid Pulse model, lurking beneath the seat along the bike frame is a nifty 250 watt Bafang Power Motor, which provides an electrical oomph over five speed settings to boost your pedaling power.”

Not to be confused with a scooter or a moped. E-bikes require you to pedal just like on a normal bike, except for the fact that “the electric assistance can help you glide up the steepest of hills and leave you wondering just how you did it. And that is exactly what happened during my first ride when I tested the Pulse on a notorious hill near High Wycombe that strikes fear into most pedal powered commuters. I have tried to conquer that hill on a bike before and made it halfway, yet with the highest of five power levels matching my efforts with each pedal, I was at the top in no time and only barely out of breath.”

“This thing is a revelation.” – Peter Grant

Prior to testing out the electric bike, Peter had confessed to us that he was never a huge fan of cycling. “It was different when I was a teenager, and aside from being the only viable mode of transport beyond the often reluctant parent taxi, it was cool to roam around on two wheels with your mates.”
Now in his 30s, Peter craves the comfort and security of his car. However, the allure of avoiding the rush-hour traffic all the while not having to wear any Lycra was enough to get the Bucks Free Press writer to convert to an electric bike!

Take a look at the full publication below: 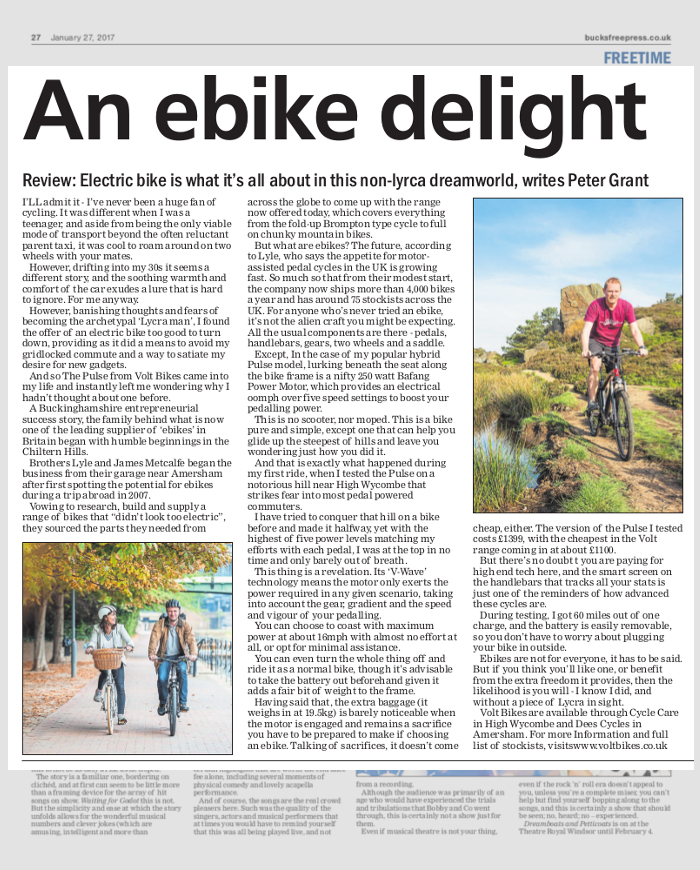