After being convinced to try an electric bike by one of his close friends (a bicycle instructor no less!) The Wharf’s Deputy Editor Jon Massey took us up on our offer to test out one of our e-bikes. 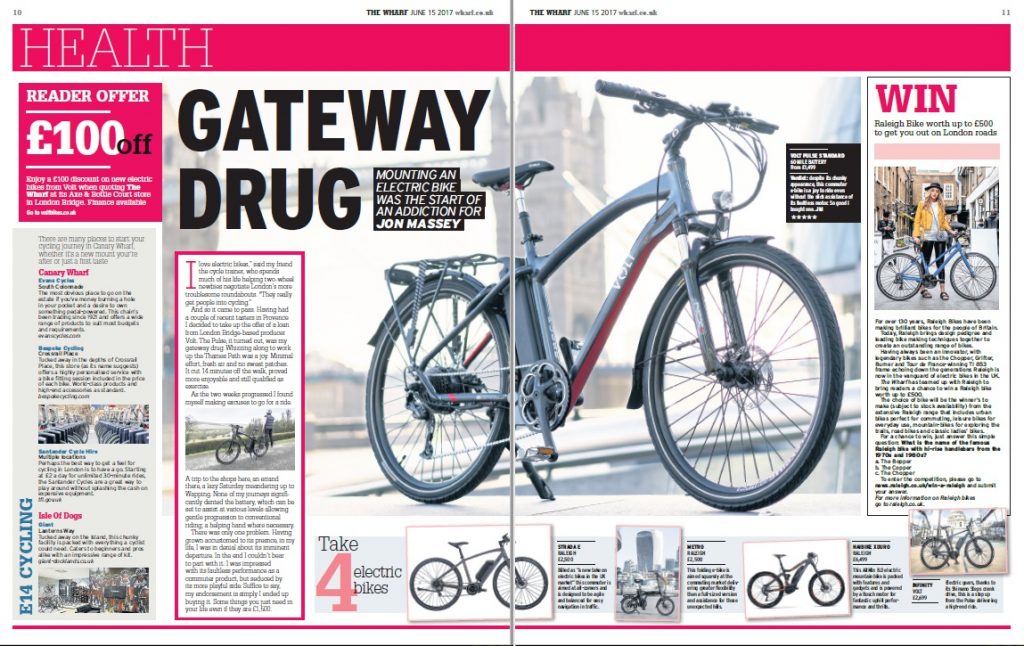 “Mounting an electric bike was the start of an addiction for Jon Massey”.

It started with using the Pulse for routine errands like the daily trip to the shops. It was not long before Jon was looking for excuses to get on his borrowed electric cycle, even preferring the Pulse to get to his weekend destinations.

As time went on it began to dawn on him that his loan period was coming to an end. “In the end, I couldn’t bear to part with it”.

We’re delighted to report that Jon ended up buying his beloved VOLT™ Pulse and is now a fully-fledged member of the e-bike revolution!

With not one but two recent mentions in the Wharf, we’re thrilled to see this alternative and revolutionary mode of transport getting more attention in both the Wharf and wider British media alike. 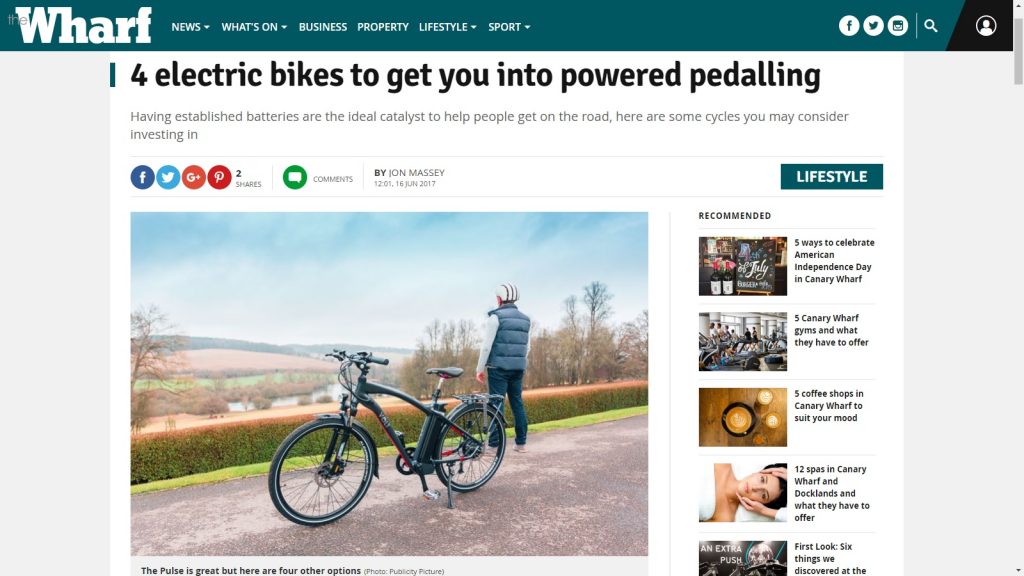 You can read both articles in their entirety on the Wharf website here.