There and back again. VOLT™ team hit the road

BLOG   volt news   There and back again. VOLT™ team hit the road

In February this year a couple of the Volt team members, Steve and Lyle, embarked on a road trip from London to Inverness and back to visit some of our existing dealers and meet a few potential new ones. Along the way they saw some stunning landscapes, experienced blizzards, road closures and even made a few new friends. Here is their story:

It all began on a Wednesday afternoon, when they left London and drove to Manchester where they spent the first night before pressing on. On Thursday morning they set off for a meeting with Ghyllside Cycles in Ambleside, stopping along the way to fill the tank and meet the good people of Redline Cycles in Preston.

Ambleside is an idyllic town in the Lake District, on the Northern edge of Lake Windermere. At Ghyllside Cycles they met with Kevin and his staff to show them some  of our e-bikes and discuss the benefits of becoming a VOLT stockist.  They even went for a quick hill climb on our bikes to show off the power of our motors! They were clearly impressed as they quickly came onboard as a dealer and sold their first few cycles the following month.

After a quick photo opp at Lake Windermere, Steve and Lyle got back on the road and continued north. Unfortunately, not long after setting off, they had to turn back as the road they planned to travel was closed. I guess these things happen when you listen to the entire Van Halen back catalogue, instead of following the local travel news! The area had been hit by recent flooding which had caused a rockslide to completely bury the road ahead.

After working their way through a maze of single file country lanes, there was a dash to reach the booked hotel in Glasgow. They arrived with just enough time to take in a little of Glasgow’s vibrant nightlife.

The next day, the first port of call was to visit Cycle Shop in Uddingston, in the Glasgow suburbs. After sharing some friendly chat, coffee and some Tunnock’s tea cakes with David and Colin (who it transpired had connections with the tasty Tunnock’s brand) it was time continue onto Edinburgh.

In Edinburgh the boys made a quick visit to Graham at Hart’s Cyclery before meeting Richard from Leith Cycle Co to show off our electric bikes and discuss the many benefits of stocking them. Richard, we are sure will testify to these advantages after becoming our second dealer in the Edinburgh area and selling an impressive 3 bikes in his first week! The following meeting in Dunfermline was with Paul from The Bike Shop Scotland and went equally well.

Steve and Lyle pushed further Northward towards their accommodation for the night at The Boat Inn in Aboyne. Their journey however, was not all plain sailing. Further up the road it began to rain heavily and as they entered the Cairngorms National Park this quickly turned into a snow storm and were once again confronted with closed roads.

In the Cairngorms, police close snow gates when bad weather is expected to prevent people becoming stranded. So after a few detours they eventually made it to Aboyne with enough time for a quick selfie in the snow followed by a good meal!  After dinner they decided to take the Bigfoot out for a ride on the snowy streets. It gripped the snow like a mountain goat and with the extra power of the 500 watt motor it really flew, there isn’t a better e-bike for such conditions! 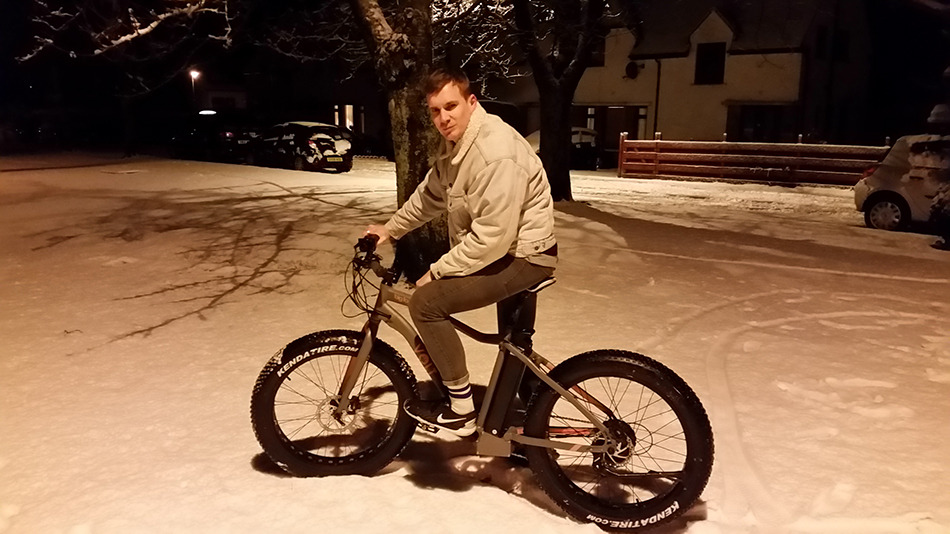 The next day, fuelled by a full Scottish breakfast, the VOLT chaps were off to visit one of our longest standing retailers, Banchory Cycles in Aberdeen. Meeting with Pete the owner and Dan the mechanic, the guys were keen to have a go on the Bigfoot and test it’s abilities up the steep hill next to the shop. The verdict was a thumbs-up of approval. Thanks guys!

There was only one more stop to make that day, but it was all the way up in Inverness. Being a lovely day though, the boys decided to drive back through the Cairngorms with the hope of some nice scenery. They were richly rewarded… 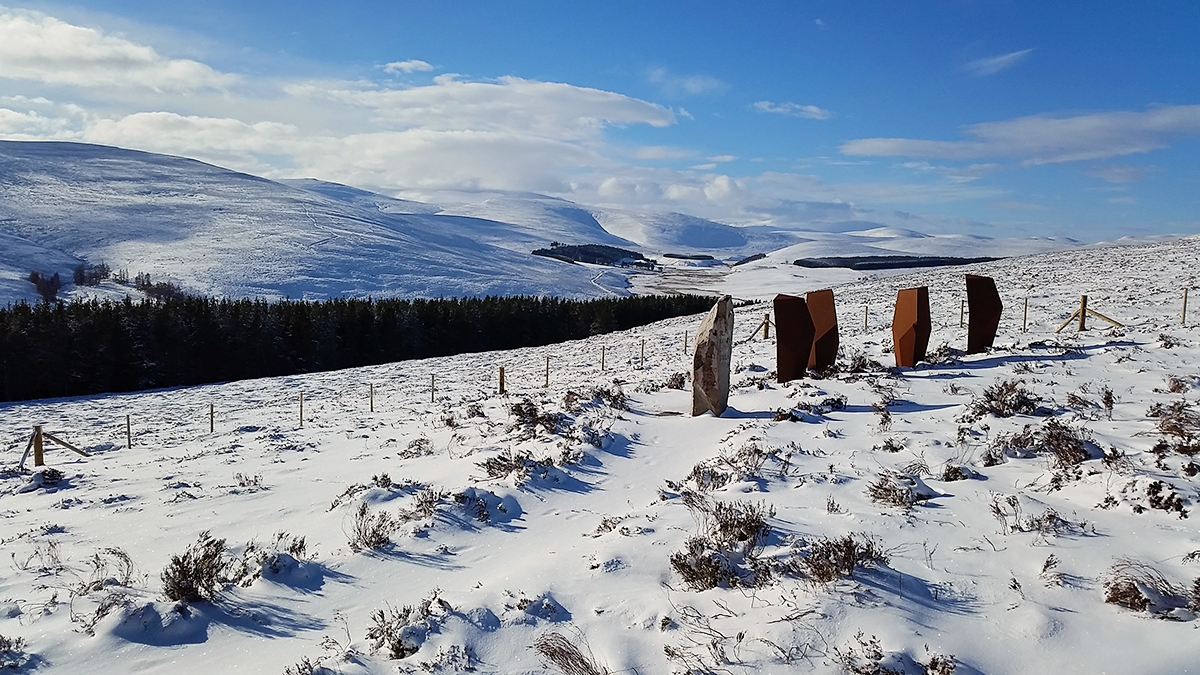 Writing on the closest standing stone reads “Take a moment to behold.” 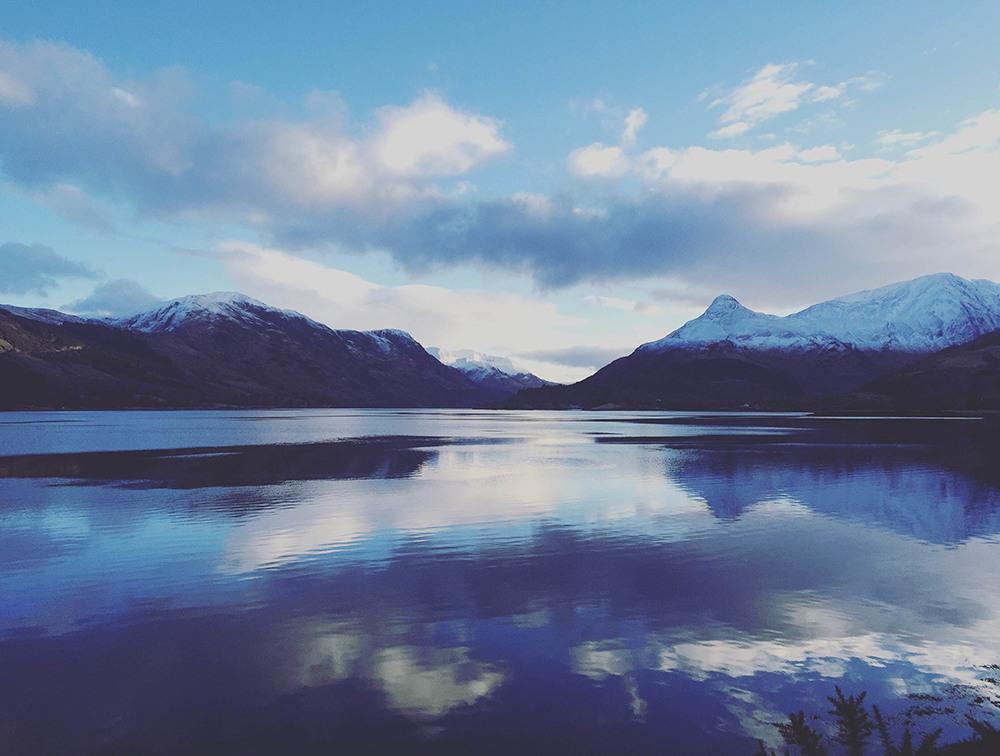 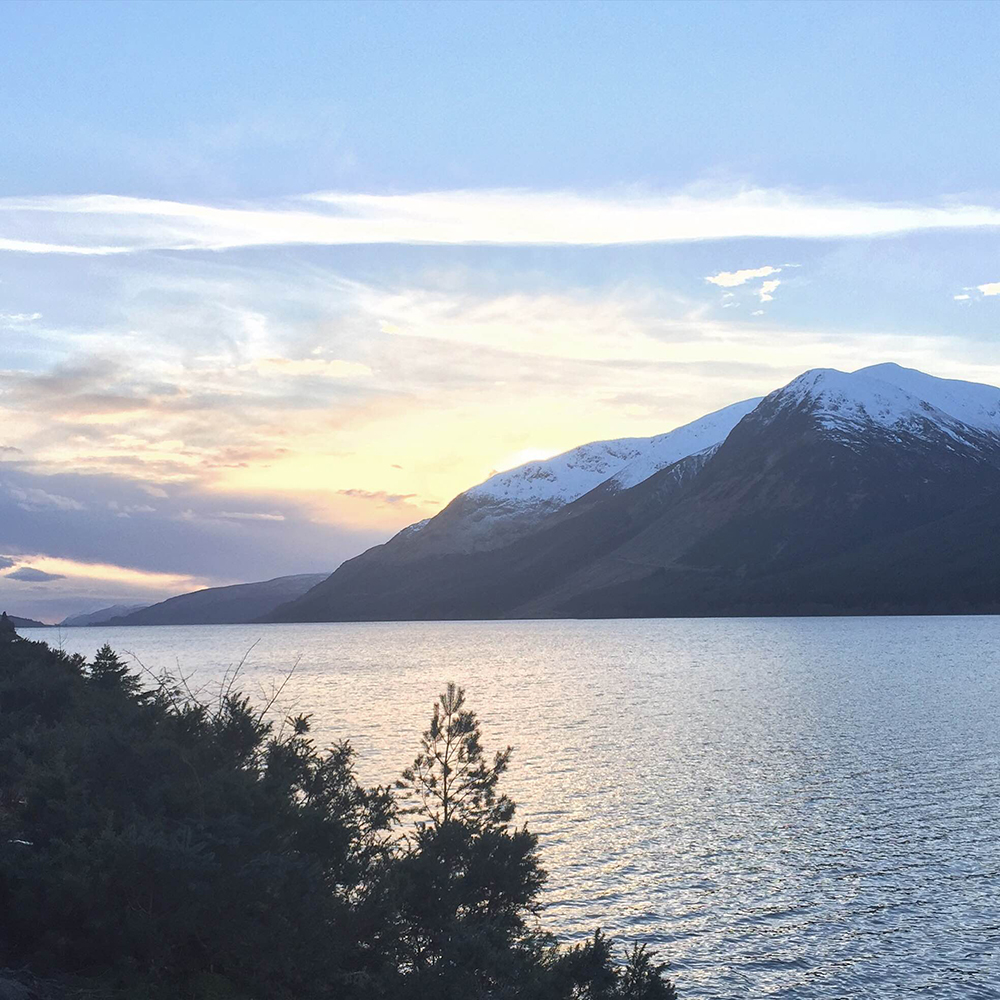 Once through the Cairngorms and after some cursing that they hadn’t brought their snowboards, Lyle and Steve stopped in at Highland Bikes in Inverness to see the store and have a chat with Steve (the owner) and some of his staff. From there it was a nice drive down past Loch Ness to Fort William where they stayed that night. Steve was devastated to watch Scotland lose to Wales that night in the Six Nations Rugby so they went out in Fort William for a couple of drinks and a burger to cheer him up.

The next morning they began their long journey back to London. The scenery on the drive from Fort William to Glasgow was beautiful and despite the time constraint there was still time for a few more photo opportunities. Both Lyle and Steve are Scottish and lived in Scotland for some portion of their lives as children so they thoroughly enjoyed seeing the highlands and getting back to their roots.

Thanks to everyone we met and apologies to those we didn’t get to see. Perhaps we will see you all next time! 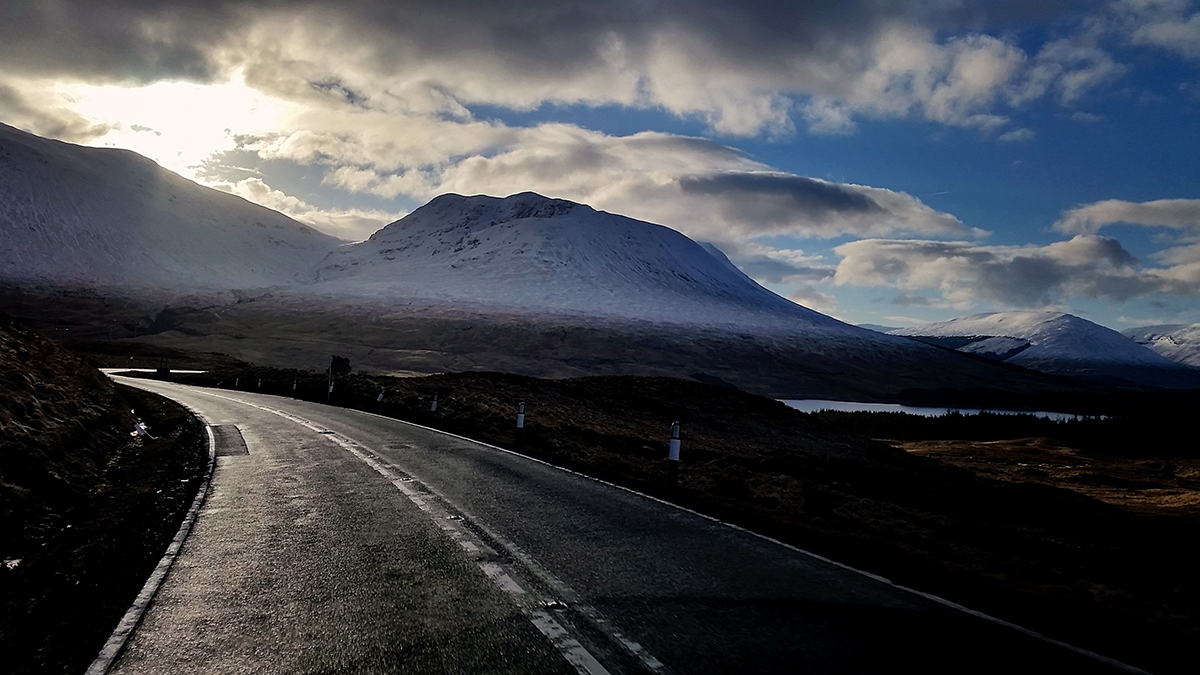