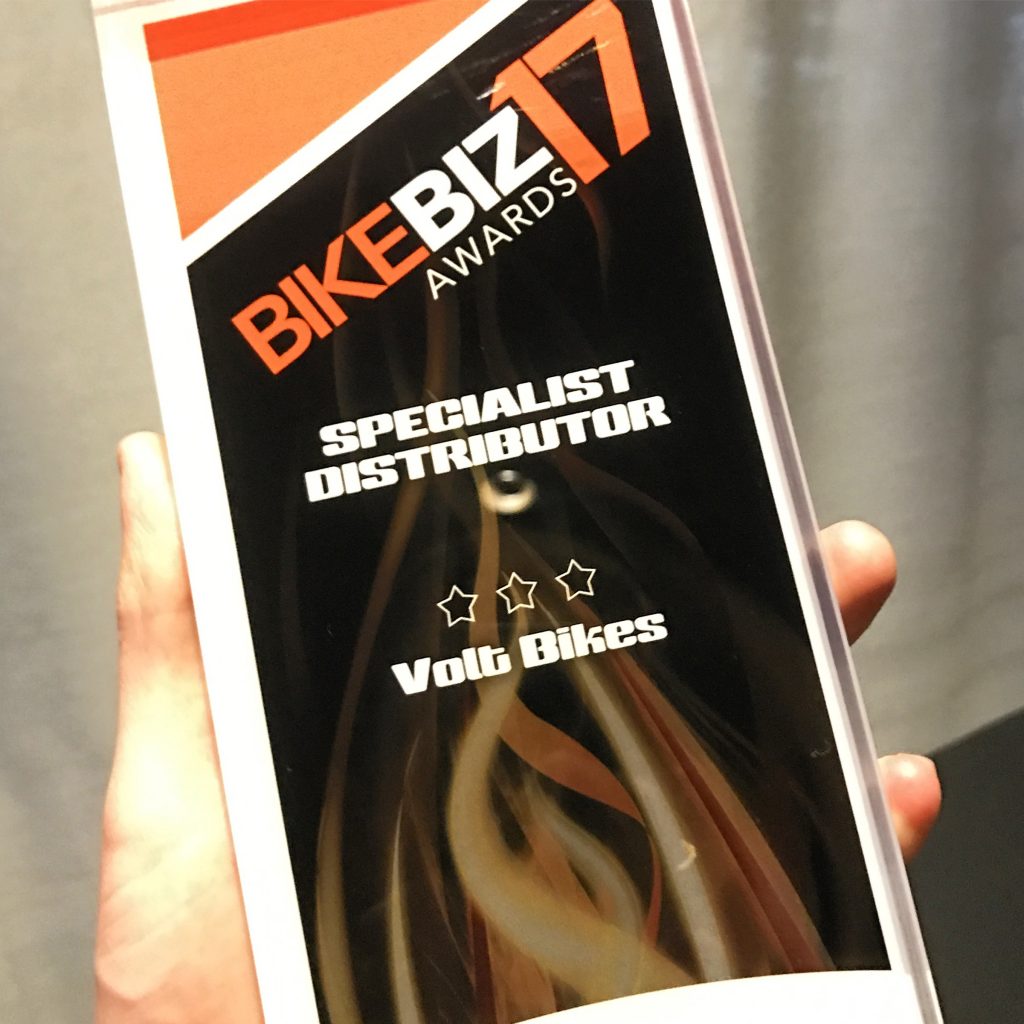 Last week the team locked up the Show Room early and headed across town to the trendy Aloft London Excel Hotel for the 2017 BikeBiz Awards. With three different nominations we were thrilled to be nominated alongside some real cycling giants and heavy weights in the industry.

When sports journalist and Tour de France presenter Ned Boulting announced VOLT™ as winners of the 2017 Specialist Distributor Award we were blown away!

Awards and nominations are always seen as a great indication that we are moving in the right direction. They are also a great motivation to keep building better e-bikes! 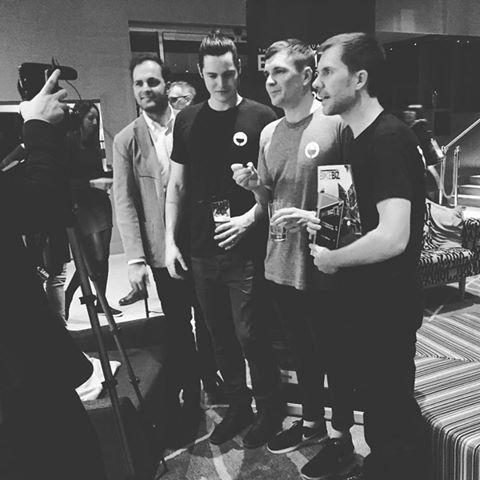 BikeBiz put on an amazing night and it was inspiring to meet other, like-minded people who work so hard at making the UK cycling industry so great.

It’s an exciting time for British cycling. With new cycle lanes and routes and new cycle hire schemes launching in Universities and work places across the country. There has never been a better time to get out on two wheels!

It’s going to be another exciting year for VOLT™ with more people taking up electric bikes than ever before. Our e-bike range is the largest it’s ever been and in addition we’ll be launching several new models later in the year. Models like the Axis folding Shimano STEPS bike which will be on the market this Summer.

You can view a full list of the BikeBiz 2017 Award Winners here .