Could an Electric Bike Deter Thieves? 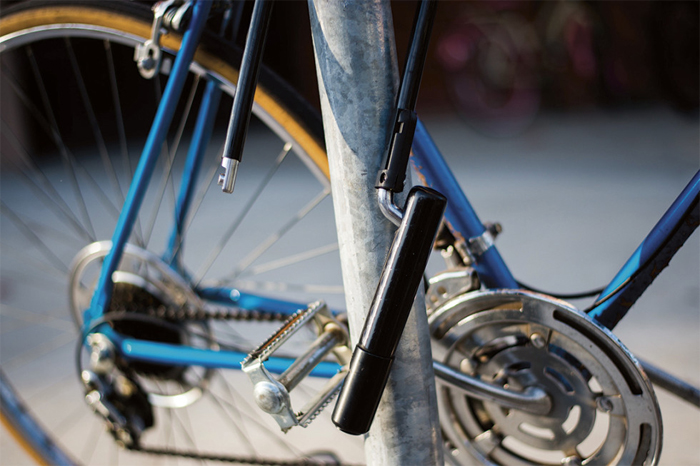 I know bike security doesn’t sound like the most riveting article on the web.
We’re even going to mention words like “insurance” (* yawn! *) but I urge you to continue reading because one, having something you own stolen really does suck and two, we finish with a story of an electric bike owner who beat (not literally) a ‘wanna be’ e-bike thief!

Theft and thieves are an age-old problem. A problem that I imagine has been occurring since humans could walk! The longevity of this problem though doesn’t make it any less upsetting when something belonging to you is stolen.
The fear of theft is a daily reality wherever you live, from locking your front door to the password you protect your phones and computers with. Companies have made a tidy sum of the years from our fear of possessions being stolen. Security alarms, specialist locks and insurance policies that seem to cover anything and everything under the sun are all a result from fear of thieves.
The good news is that taking the right precautions can dramatically reduce the risk of theft. Not only this but it can also lead to significant reductions on the often rather pricey insurance policies.

Bike thefts in the UK have doubled since the mid 1990’s. It’s estimated that on average a bicycle is stolen every minute! (Figures quoted from www.immobilise.com) 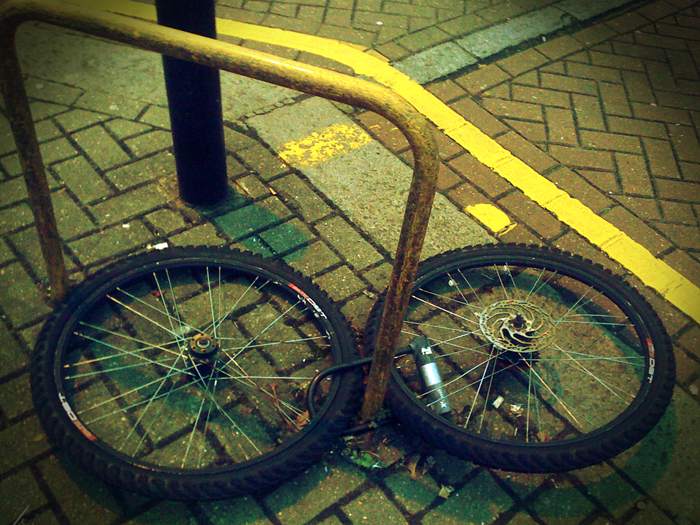 Lock it Up, Lock it Right up

So this wont be a revelation to many but it still remains one of the most fundamental ways to protect your bike. I’m still amazed at the amount of people I see propping their bike up against a wall while they quickly pop into the local shop.
Not only is it essential to use a good, insurance approved bike lock, it’s equally important to lock your e-bike down in the correct way. That means anything removable should be locked securely. Too many times I’ve seen a loan bicycle wheel attached to a padlock with no sign of the rest of the bike. It’s heart breaking! We even hear of cases where just the saddle and seat post has been stolen; so believe us when we say please lock up EVERYTHING.

With an electric bike one of the key differences is the fact you’ve got a battery. VOLT™ bike batteries come with a built-in lock system that prevents the battery from being removed. However our advice is to completely remove the battery and take it with you if you are going to be leaving the bike over a long period of time.

Before locking up your electric bike make sure you are parking it in as safer place as possible. Note that the location is well lit and busy enough to deter potential thieves. Ensure that your locking the bike to an immovable item of suitable strength and security

Security marking or electronic tagging your ebike can be a strong deterrent to a thief. Make sure if you do this a tamper proof label is clearly visible. If people don’t know it’s security marked or tagged it wont act as a deterrent.

Lock Your Bike in the House

You may be surprised to learn that around 50% of bikes stolen are from the owners home. Whether you’re leaving it in the garage, hallway or kitchen make sure the bike is secured and kept out of sight from prying eyes.

In the beginning of this post I promised you a happy ending. Where an electric bike rider got the better of the thief.

This true story begins on the Kingsland Road in Hackney where Mr Jaconelli was left feeling pretty distressed and frustrated at having discovered his £2,500 electric bike had been stolen.

However, Mr Jaconelli isn’t just an e-bike enthusiast, he also happens to run an electric bike store. So when he received a call enquiring about a charger for the exact e-bike model that had been stolen from him, he could barely believe his ears. Could it be that the thief had unwittingly called his victim and was now asking for assistance with the same electric bike?! Well, YES!

After the phone call Mr Jaconelli piled into a 1970’s army truck with several friends and headed to the residence of this mysterious caller. The visit resulted in a bemused thief, an irate mother and a £2,500 e-bike being returned to its rightful owner… by taxi!

Aside from the delightful story of right triumphing over wrong, this scenario raises some interesting points.

Due to different e bikes requiring different batteries and chargers; stealing an electric bike is actually just the beginning of the thief’s work. They now need to research, locate and source a spare battery and / or charger. If an e-bike dealer is unaware of a previous bike purchase from someone enquiring about just a charger it is very likely to arouse suspicion. Suddenly, stealing an electric bike sounds a lot harder work and significantly more risky to the would-be thief. Let’s hope this story makes it clear to other would be thieves, that electric bikes aren’t an easy steal!

Having been made aware of these recent events, VOLT™ have encouraged all its dealers to question and pass on any enquiries about batteries and chargers that have had no connection to a previous e-bike purchase.

Security is just one of the many benefits of our VOLT™ electric bikes, why not discover the rest on a test ride or demo available throughout the UK. Call 02073784728 or book a test ride today.