Scottish Fisherman gets on his bike…

BLOG   guest blog posts   Scottish Fisherman gets on his bike… 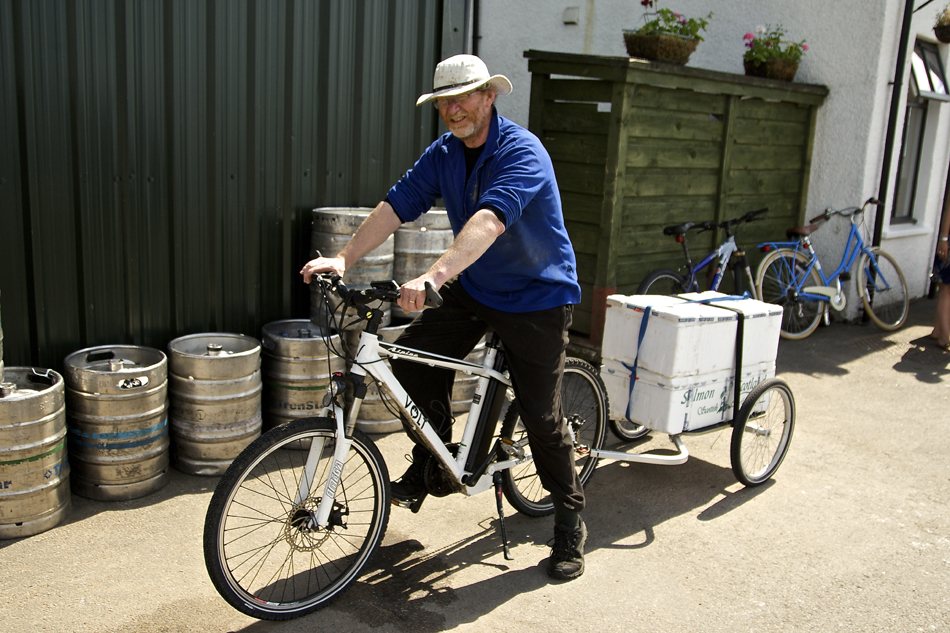 This week’s blog is a guest blog from a very interesting customer of ours, his name is Alasdair Macleod and he is local fisherman from Applecross on the NW coast of the Scottish Highlands. The area boasts some of Scotland’s finest landscapes and the best coastlines the UK has to offer. Alasdair is a local fisherman and he uses his Volt Alpine to transport his catch around the village. Applecross was recently featured on BBC News for becoming one of the first communities to bypass the national grid and power all local homes and businesses directly from its hydro scheme making the village on the route to becoming energy self-sufficient. Here’s what Alasdair has to say about his day to day routine and his Volt Alpine electric bike. 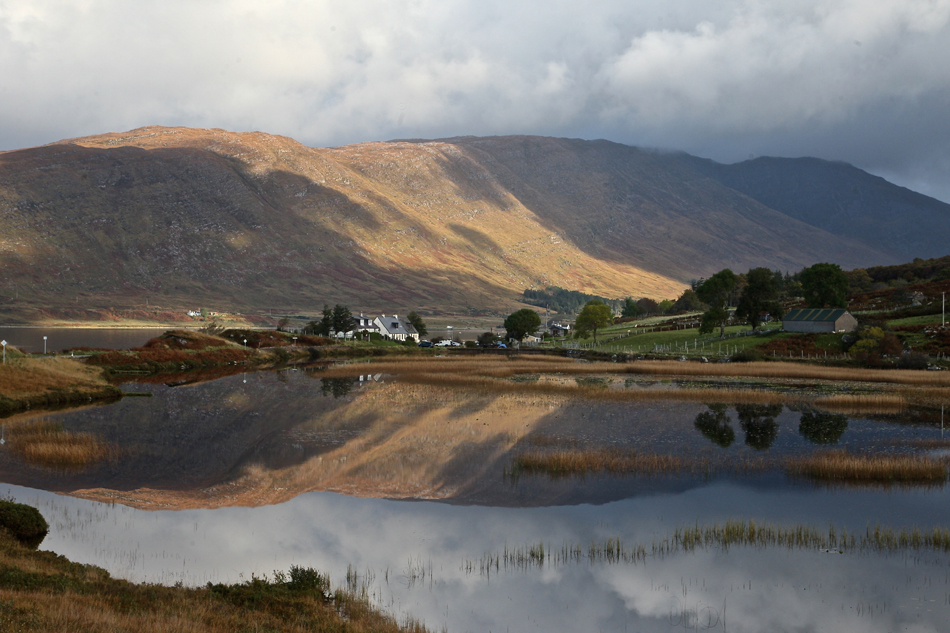 On my Volt Alpine today, purchased a year last September

Going back to last summer when I first started toying with the idea of another wee life style change mainly brought about by Val who is our local project officer delivering carbon cutting programme in Applecross, way up in the North West of Scotland. Although transport was not an integral part of the project it got me thinking about ways to further cut my carbon footprint. She put up a post requesting bloggers to change their mode of transport and that was the push needed. Already we have installed an air to air heat pump, have stopped burning coal and are installing a thermal panel for water and heating. Transport however is a rural problem so I decided that an electric bike may be the solution. Not known for researching but did have a long chat with neighbours, neighbours here tend to be a couple of miles down the road, about their experiences and looked up the internet and off to Inverness I went. 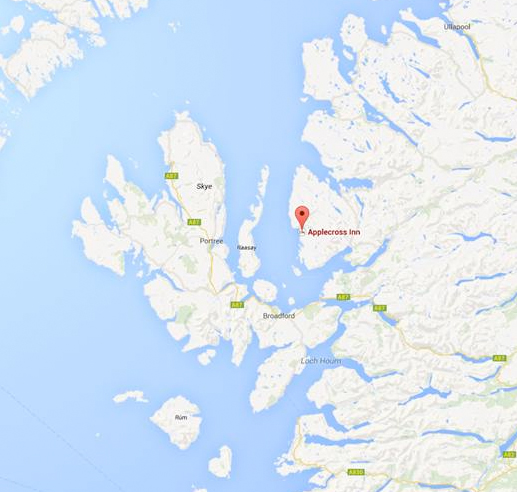 Highland Bicycles received a visit and I duly purchased my Volt Alpine after a demo and £50 off as it was their demo bike. I remembered seeing Volt on just about every top ten list of bikes that I had looked up, had enough money with me, think it was around £1300, ordered my trailer and away we went.

After a really poor winter of weather, six months of horizontal rain, when I fell out of the habit of using the Volt, we were graced by a visit from BBC Scotland in the form of Jacky O’Brien.

She was over to do a story on the progress of our Hydro Scheme. And as it was a green type of story the Volt came up in conversations and she was intrigued enough to do a wee piece on it. I suppose it is unusual for a fisherman to go to work on a bike and more so to deliver the catch with that mode of transport. Only when you see other people’s reactions do you realise it is a bit different from the norm. So having not used the bike as much as I had planned the arrival of the BBC put me under a little bit of pressure to get “back on the bike” and from then on I have not looked back. All through a summer of wonderful weather. The intention was to use the bike with trailer in Applecross, I am a fisherman during the day and work front of house at the famous Applecross Inn some evenings, selling freshly creel caught langoustine to happy customers. And once the trailer arrived we were under way. To the Pier is 2.2 miles and the Inn in 1.8 the other way from my house. I have changed where I start off from going fishing so that is a shorter cycle in the mornings now, but over the week, especially in good weather I am constantly surprised how many miles are clocked up.

Not too bad fishing and a very busy Applecross Inn the Volt has become central to how I get around.

I have had a complete change of mindset and anywhere in Applecross as long as I do not have to carry heavy loads like bait or wood it is on the bike. Charging up in the hallway is now a permanent sight and I have to say nothing has failed on the bike bar the front light which is wired into the battery. October and I dropped it into Highland Bicycles for an annual MOT and there was little wrong with it, new chain, a warning the back tyre needs replacing in six months and the brakes readjusted. What’s more although the weather has been a lot better this winter I have not stopped cycling, been out in some pretty grim weather. Leaving the Inn after closing up at midnight or later, togging up and on the bike going round Milton Loch in the teeth of a south westerly gale sometimes makes you think you are not the average Joe. The motor makes all the difference and takes you home in the foul weather so much quicker and only slightly out of breath. If you want you can use the back up throttle less, if you are a fitness kick but I live a physical life and usually on the bike to get somewhere so throttle usage I find helpful and is not “cheating”.

Another huge advantage is I used to have three, now two, dogs and they need walking. Sometimes time and tiredness would mean they did not get out as much as they needed to but now on the bike and away we go. The benefits are endless, I have been blogging for a couple of years now and carry my camera everywhere and as I am on the bike in the fresh air I see far more. You are connected to the environment instead of being sealed up in a little carbon consuming box and you arrive awake and alive having seen many sights you would have missed otherwise. It has turned out to be far more reliable than expected. My only mishap was not having the battery fully charged for a longer trip on the Isle of Raasay, advice is try not to get into a situation that your battery runs out ten miles from home!! But that was early on when I was still getting to know the bike.

I can see me using the bike all through this winter as it is what I use to get around. As I have said before the mindset has changed. And if the weather is bad you just gear up for it. One other downside is that I was caught when I put my van in for its MOT. I had to pay £700 for a new set of brakes as they had rusted up through lack of use. But now on the horizon is us going down to a one van/car household, a great but difficult achievement if two people in a rural household are working. 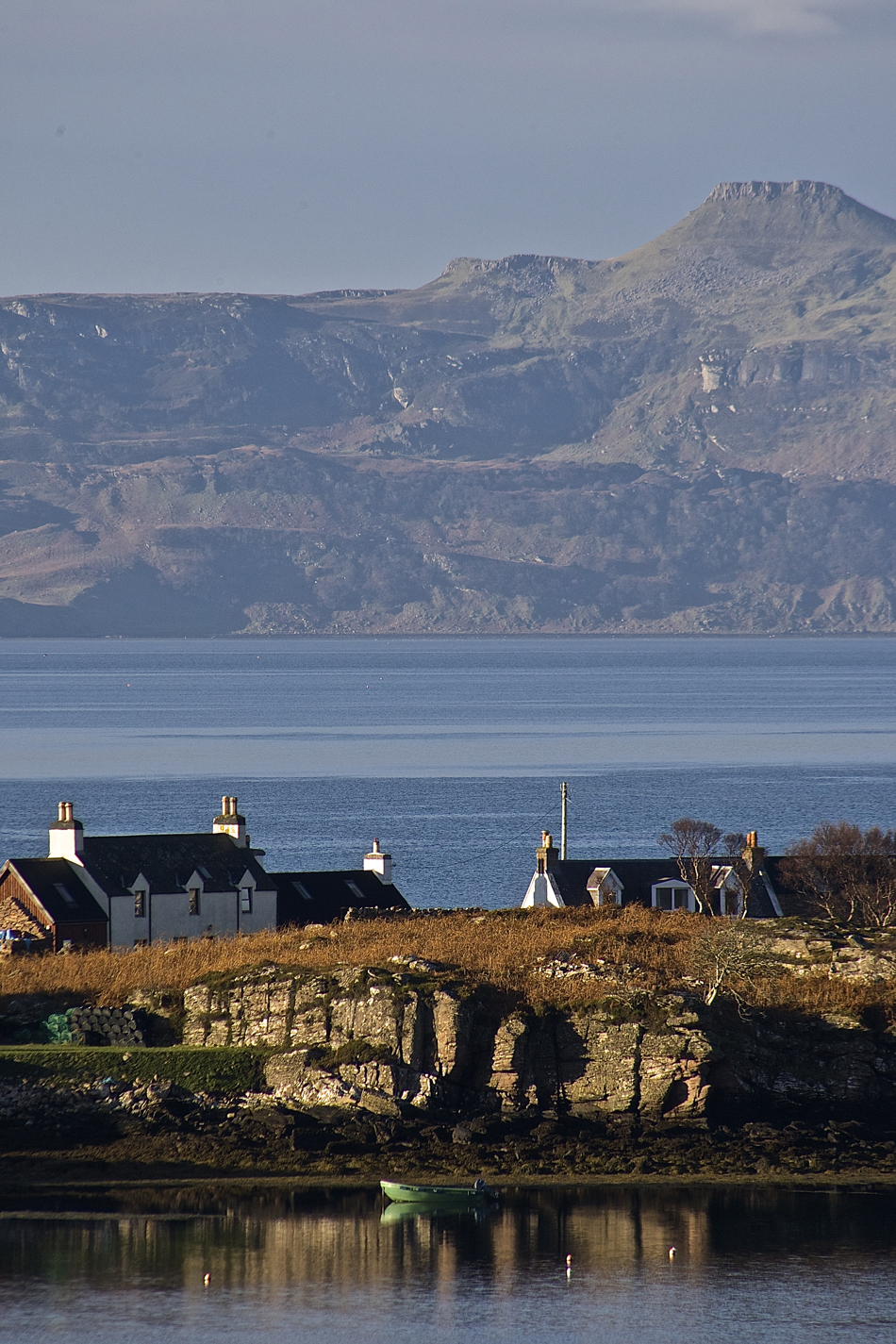 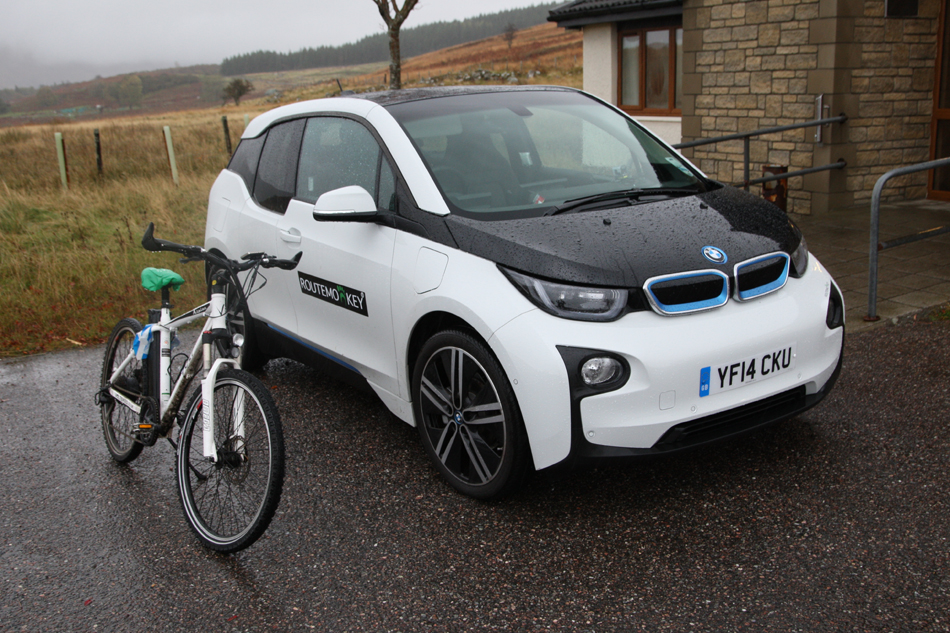 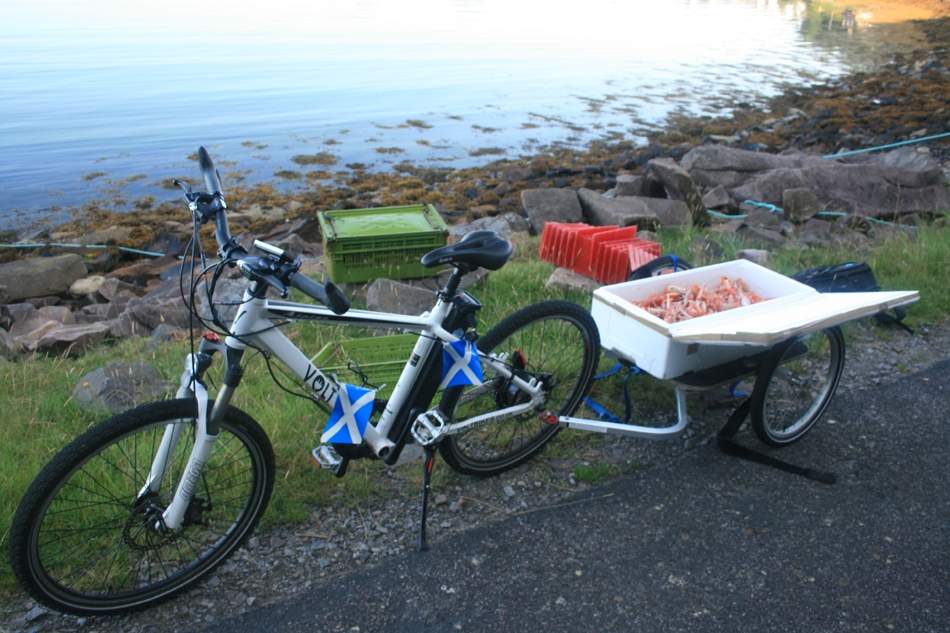 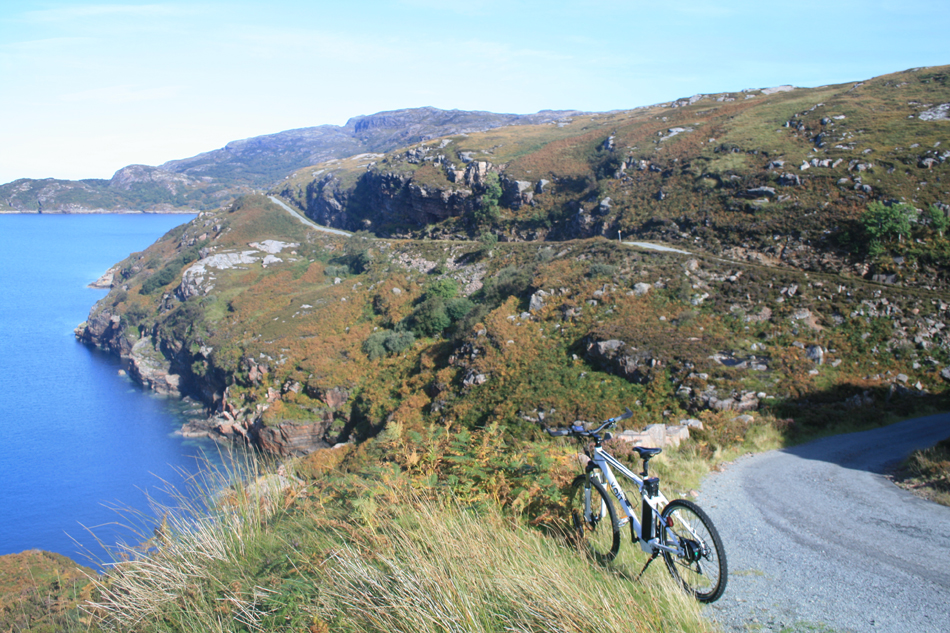 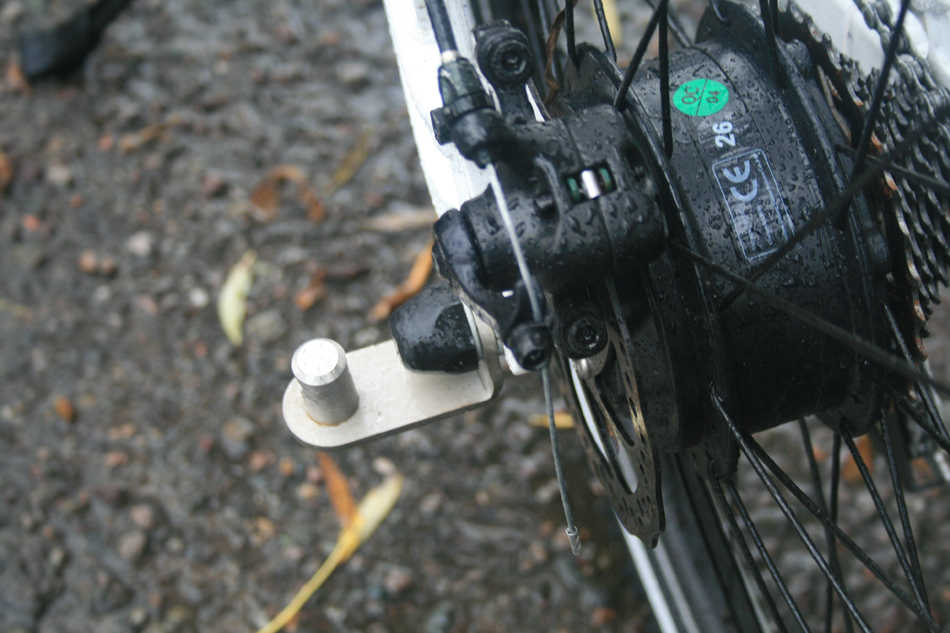 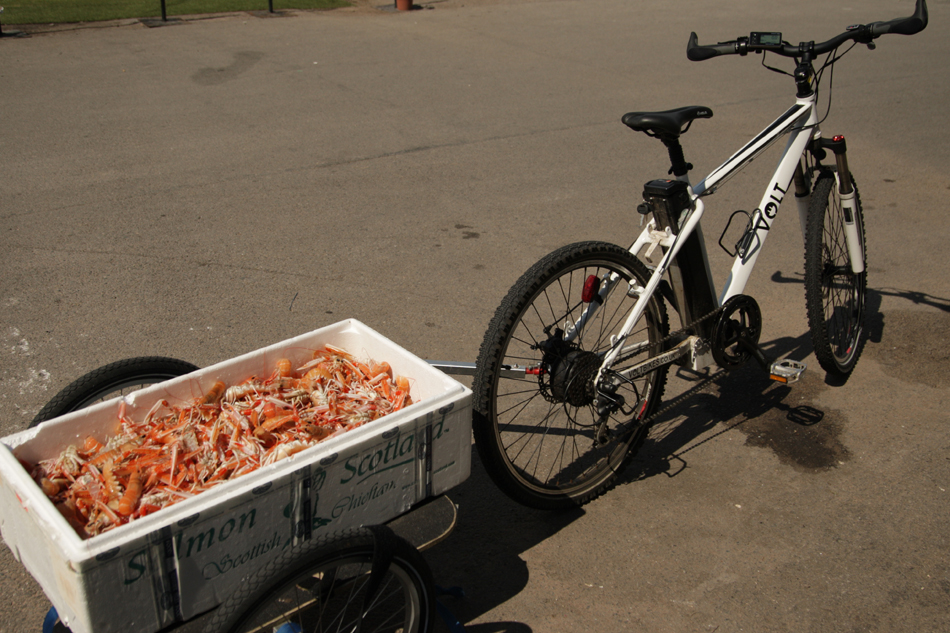 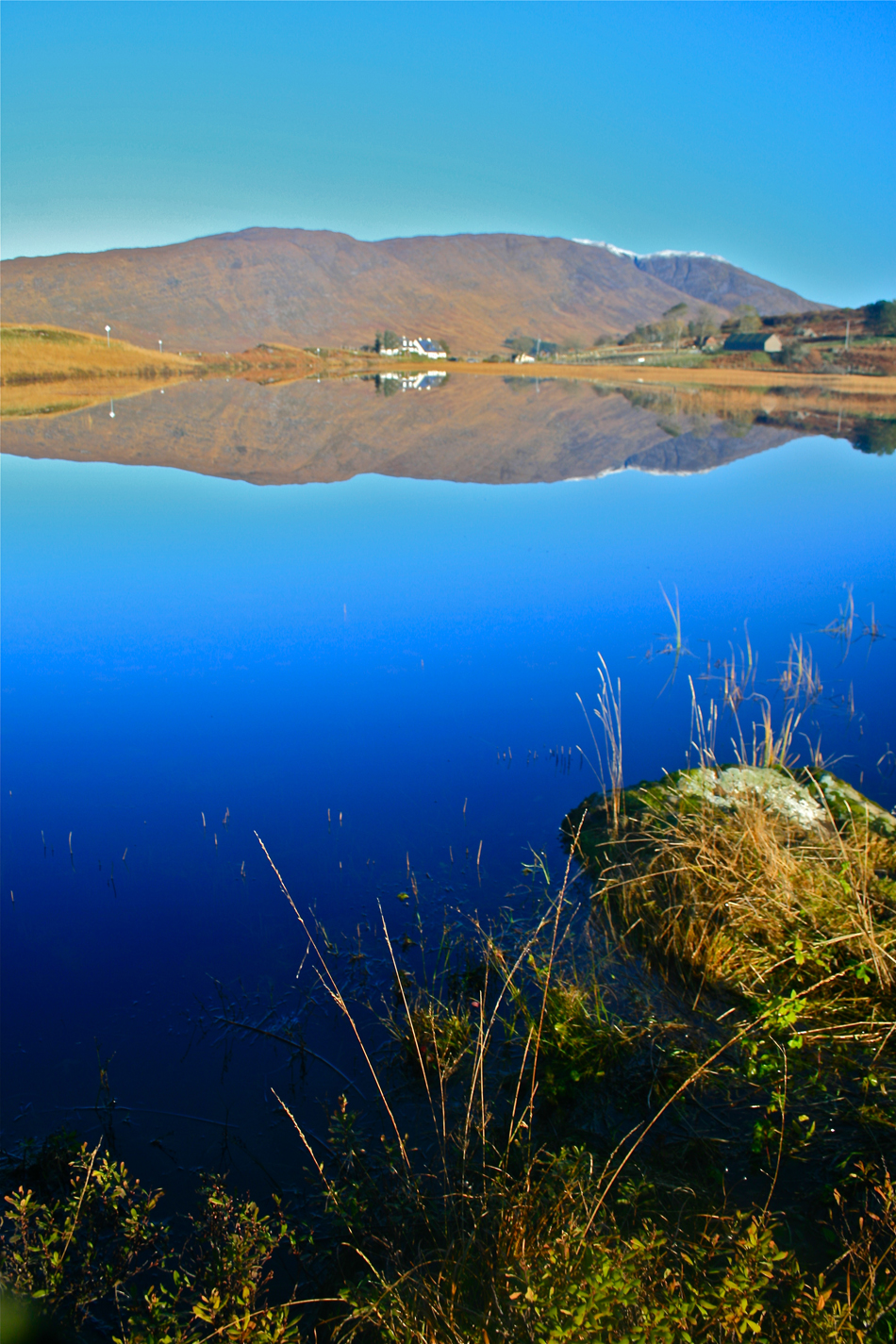 You can find out more about Applecross from Alasdair’s blog http://applecrosslifeblog.wordpress.com/ it’s definitely worth a look.