VOLT™ Nominated for Two Categories in the BikeBiz Awards 2018!

We were elated to receive news this week that VOLT™ has been nominated for not one but two category awards in the BikeBiz Awards 2018!

On 23rd February 2018 at ExCeL London, VOLT™ will be among the shortlist of nominees for Specialist Distributor and Bike Distributor of the Year. As winners of last year’s Specialist Distributor award, we’re thrilled to be nominated a second time. After a year filled with innovation and expansion, it’s great to be recognised by such a significant player in the cycling industry.

The 2018 ceremony marks the 10th anniversary of the BikeBiz Awards, celebrating the leading names in the cycling business.

We see our latest nominations as a further testament to the growing awareness and popularity of electric bikes in the cycling industry. From commuters to e-mountain bikers (E-MTB’s), more riders than ever before are enjoying the benefits of e-bikes.

As this innovative mode of transport becomes increasingly mainstream with more and more competitors, we’re honoured to be featured in the prestigious cycling awards ceremony.

Thanks again to all our dealers for your support throughout 2017 and for voting for us for this award! 2018 will be a great year! 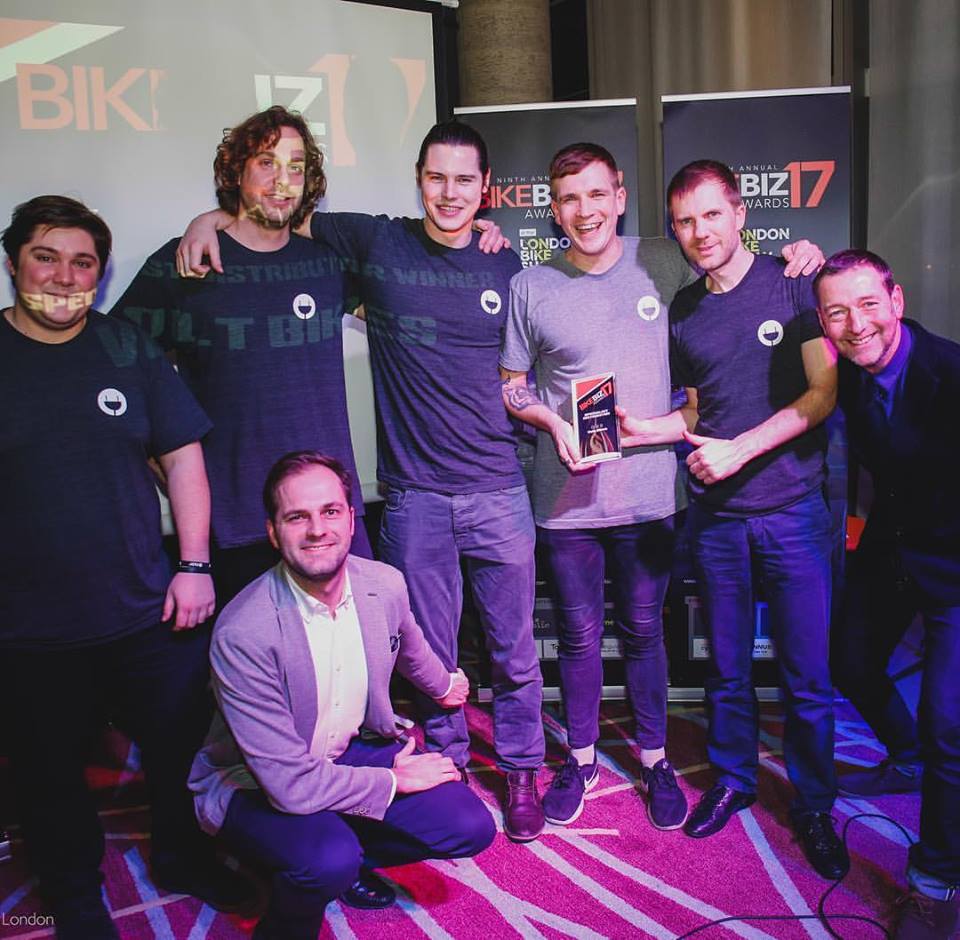