How to Avoid Commuter Misery 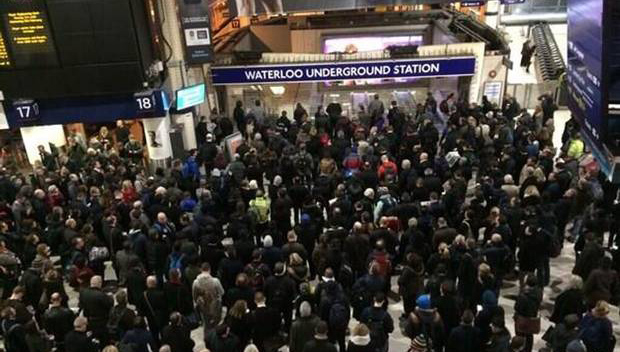 Another week in London and another big disruption for the city’s commuters. It seems there isn’t a week that goes by without some kind of delay on the London commuter networks. It appears public transport struggles when it’s too hot, too cold or too wet! And if the weather isn’t a problem something else is bound to be.

This week the RMT started a 48 hour tube strike, which began 28th April 2014 21:00 BST. There were hopes that negotiations would have prevented the two days of disruption but it seems all talks have “derailed” and the strike has gone ahead.

As usual London’s businesses and tourism industry will have to grin and bear this painful and potentially costly disruption. Students at London Universities currently taking exams will also find this latest strike action rather untimely. One Central London Café sparked outrage after displaying a board saying “NO RMT MEMBERS. 10% off coffee for everyone else” – The Café has subsequently issued an apology after wide condemnation on social networks (read article here). 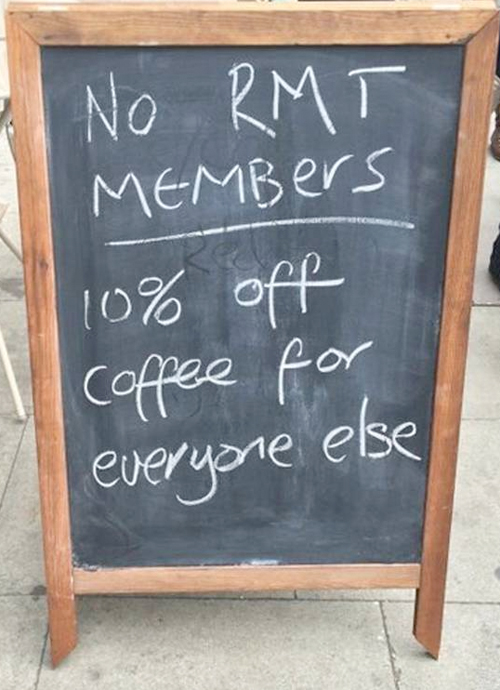 Londoner’s wont welcome news of a further 72 hour strike scheduled for Monday 5th May either. In addition to businesses this second strike will also impact on those enjoying the city during the May Bank Holiday.

With VOLT™’s head office based at London Bridge we see and understand the frequent frustrations experienced by commuters. The worse thing is that we have no control over it… Or do we?
Electric Bikes are the perfect solution to commuter misery! With well-marked cycle lanes being regularly maintained, improved and added all the time, there has never been a better and safer time to cycle to work in London.

You won’t be surprised to hear that the VOLT™ team cycle to work nearly every day. If you know people who arrive by bike you might notice the difference in mood and attitude when they start their day, particularly when compared to those who’ve struggled to arrive by public transport.

The advantage of commuting with an electric bike over a conventional one is that you don’t have to arrive to work hot, sweaty and out of breath. By increasing the pedal assist on your ebike or occasionally using the throttle during tougher stretches of your journey you can reduce the effort and energy required to arrive at work on time. Even on the hottest days you can arrive at work feeling fresh and revived, having been kept cool by the breeze as you effortlessly pass frustrated commuters stuck in queues and traffic jams.

Of course if you want a workout on your way home following a day at work you can either reduce / turn off the pedal assist and ride home like a normal bike. Chances are you’ll still arrive home faster than those using other modes of public transport!

If you notice people cycling around the city you’ll see a variety of bikes of all shapes and sizes. There’s no right or wrong electric bike for commuting to work, however it’s always wise to do some research before buying. You may well find that some bikes could be more suitable for your particular route.
Before buying an electric bike plan your commuter route and calculate the distance of it. This will help you make a more informed decision when it comes to choosing.

So what kind of commuter e-bikes are available? 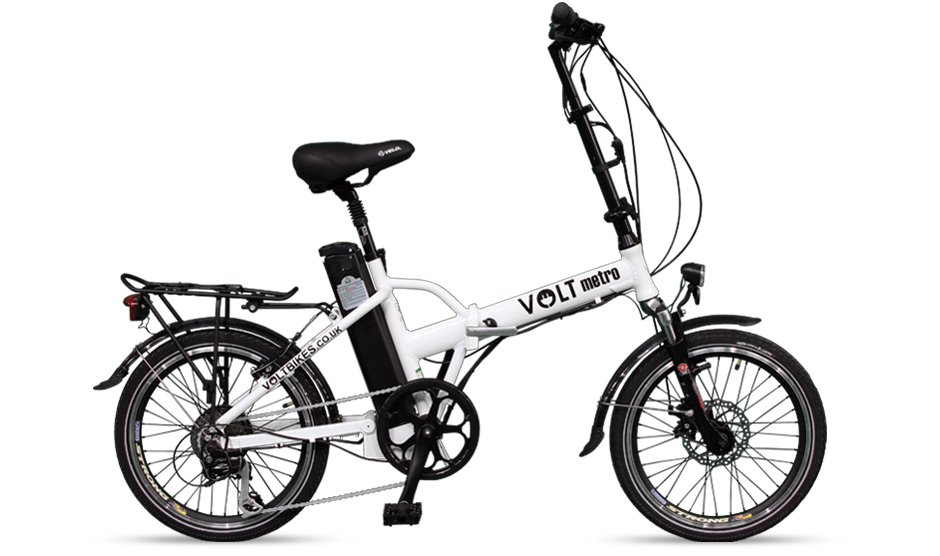 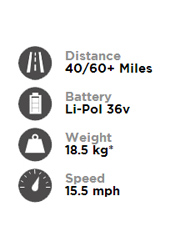 This is one of our most popular e-bikes with commuters. It has a compact and foldable frame, making it very convenient for both storage and transportation,. This is one of the reasons why it’s also popular with Caravanner’s and holiday goers who like to have alternative means of transport with them. 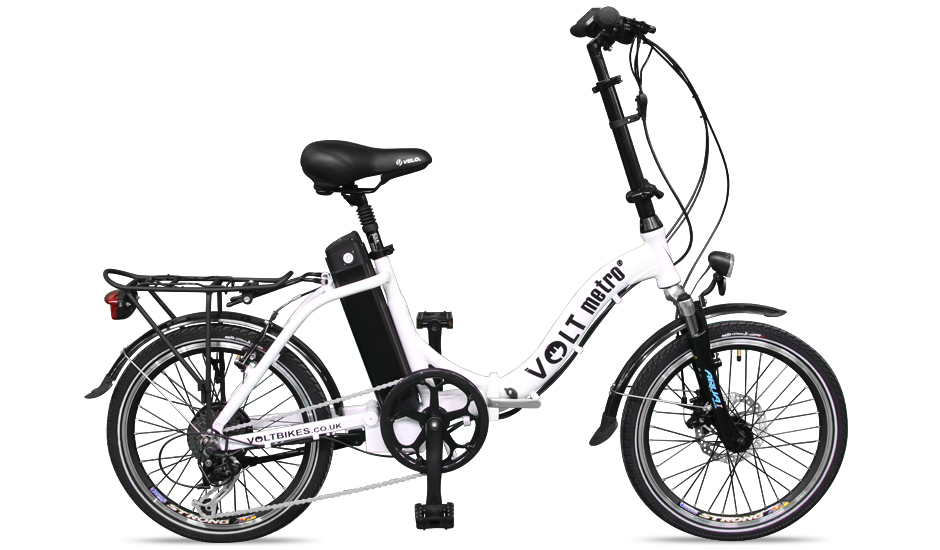 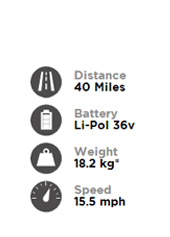 New for 2014, it’s one of the lightest electric bikes available in the UK and can be easily folded down and carried. It’s particularly popular with people who want to use other modes of public transport as well as cycle on their daily commute. 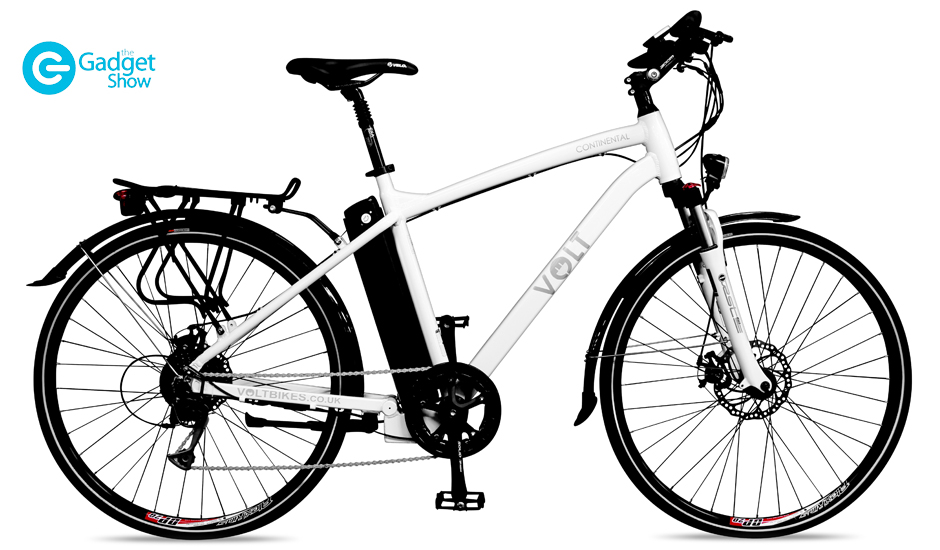 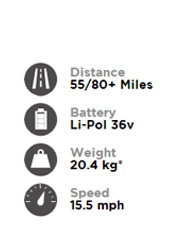 This is another new bike for 2014 and is already proving popular with city commuters. It’s an e-bike that seems to turn heads wherever it’s seen and is designed for the taller rider. The Continental offers a really smooth and enjoyable ride throughout the London streets. 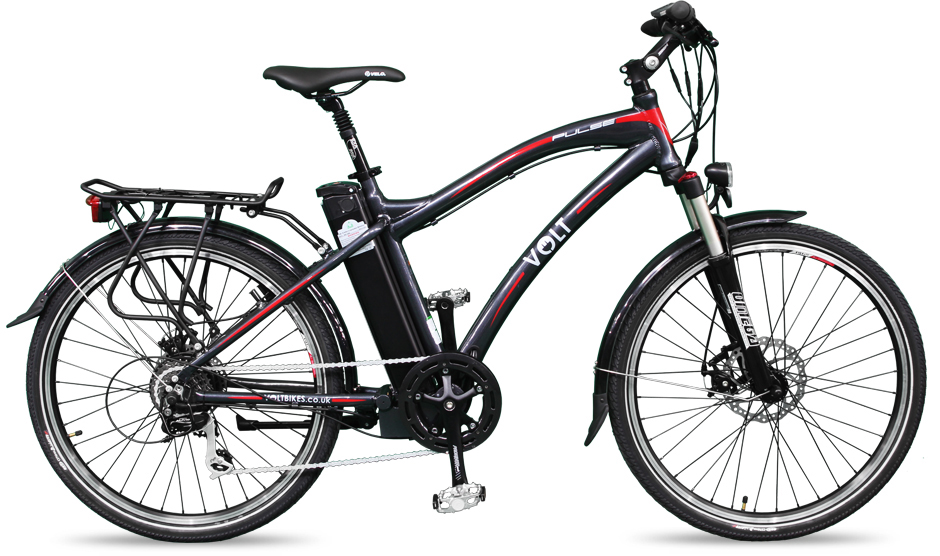 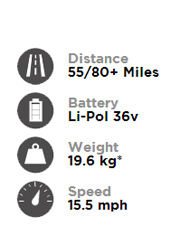 This is perfect for those commuting from some of the London (or any city) suburbs. The Pulse is one of VOLT™’s all time best sellers. It provides a smooth ride on the roads and cycle lanes while remaining tough and durable enough to deal with any off road situations encountered on route.
For those with a longer commute there’s the option of the Pulse X (new for 2014), which has several upgrades, including a larger battery and more powerful motor. 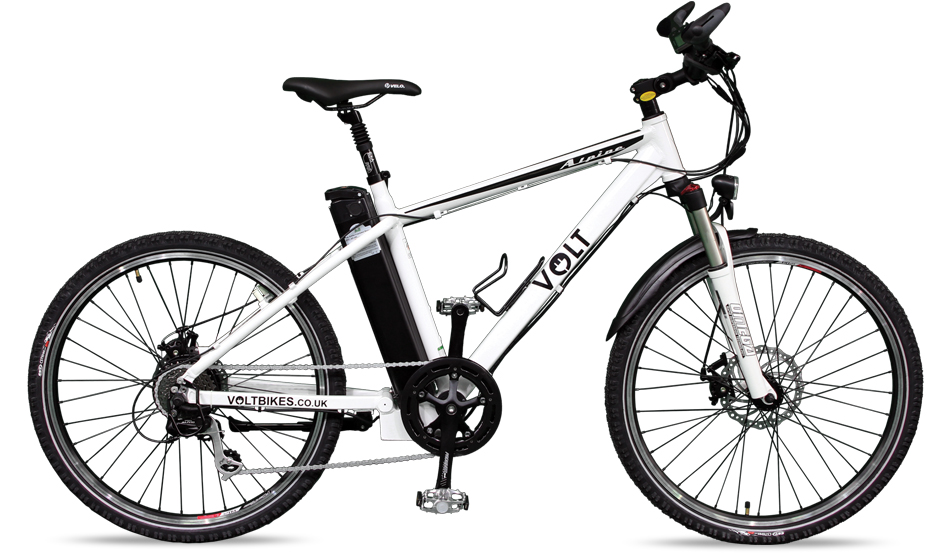 You may wonder why we’ve included an electric mountain bike in a list aimed at commuters. The Alpine is indeed designed and built for off road use but still performs very well on the city roads too. Put simply, the Alpine has proven so popular with commuters it didn’t feel right to not include it in our list.
Like the Pulse, the Alpine too is available with a more powerful motor and larger battery available with the Alpine X.

Obviously the best way to make your decision on buying an electric bike is by giving them a go! You can test ride any of our bikes at our London Showroom or at one of our UK VOLT dealers. To arrange a demo or if you have any questions at all please call us on 0207378 4728 .